He pioneered the concept of the limited edition art book by publishing Ken Danby (1974) and Ken Danby: The New Decade (1984), both by Paul Duval, as well as Gershon Iskowitz: Painter of Light (1982), by Adele Freedman.

Walter served on the Canadian Eskimo Arts Council from 1972 to 1982, and is founder and past trustee of the Gershon Iskowitz Foundation. In 2002, he received the Art Toronto Award of Distinction, and was the honoree at the annual Art Dealers Association of Canada Tribute Dinner. 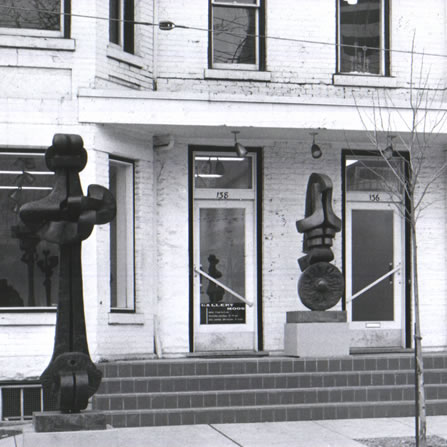 In 1962, Walter Moos successfully petitioned the Ontario Municipal Board for commercial zoning of the north side of Yorkville Avenue, then a residential street. The avenue’s broad sidewalks favored pedestrian traffic and soon the Yorkville of the sixties was in full bloom, with the Riverboat Coffee House next door to the gallery, and the Penny Farthing Coffee House down the street. The gallery’s front steps became a natural hangout and patrons at times had to make their way through a crowd to reach the door.

Construction in 1978 of the Four Seasons hotel across the street heralded a new generation of change, and today Bloor-Yorkville is one of Canada’s most exclusive retail, residential and business districts. 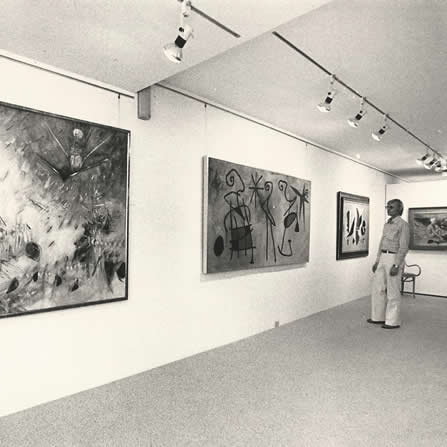 In 1976, the old Victorian building at 136-138 Yorkville Avenue was demolished. After relocating next door for a year during construction, the gallery opened its new space at 136 Yorkville Avenue with an exhibition entitled Masters of the XXth Century. 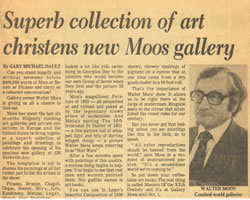 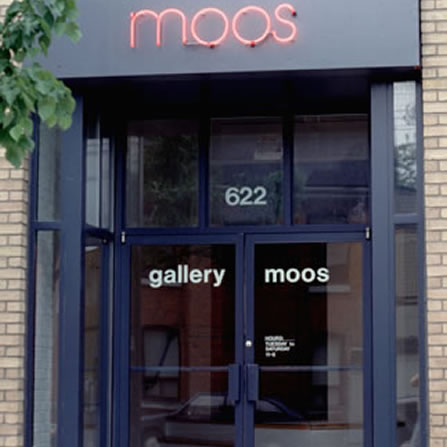 In 1992, after thirty years in Yorkville, Gallery Moos moved to 622 Richmond Street West in the Queen West arts district.

Thank you for contacting us. We'll be in touch shortly.
Error! There was an error sending your message.

Gallery Moos closed to the public in June, 2013. Please address inquiries to the trustees using this form or the email address below.